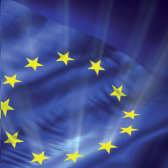 The Treaty of Lisbon from a Christian-social perspective

How could a Christian-social agenda for the future look like? This discussion should take place in connection with the discussion about the basic themes of Christian-social policy (e.g. the new ECPM brochure and political program). Starting from the Lisbon Treaty and the further deepening it will bring about, one may particularly think about asylum, immigration, refugees, police cooperation, combating crime and terrorism, environment, energy, and climate change. One might also consider the common foreign, security and defense policy, social policy, and perhaps still other policy areas. In any case, it is important to make priorities in this respect. While the subsidiarity principle is useful for assessing the division of competences between the EU and national levels, the principle of ‘public justice' can be applied to evaluate the content of these EU policies.