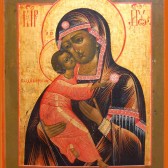 The European Parliament Working Group on Freedom of Religion or Belief, co-chaired by Dennis de Jong (SP) and Peter van Dalen (ChristenUnie), strongly condemns the suicide attack on the All Saints church in Peshawar, Pakistan on Sunday. The suicide attack was targeted to attack Christians as an estimated 500 people were attending Sunday mass. The attack killed 81 and wounded 140 and was the worst attack in the history of Pakistan’s Christian community. Following the attacks protestors gathered outside the church to protest against the provincial government’s failure to provide security to worshipers. The Jundullah wing of the Pakistani Taliban have claimed responsibility.