The influence of C’axent grows steadily 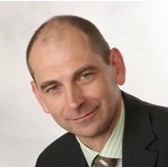 In spite of the fact that there was almost no time anymore for a big election campaign, Kris Vleugels received from 41.079 voters the trust. Vleugels was as the foreman of C’Axent on the list of the CD&V (Christian-democratic&Flemish).

Because of this overwhelming amount of votes there was a serious chance that Vleugels – although he is just not chosen – would take place in the Belgian Senate by cooptation. Unfortunately the party board of the CD&V chose for an other candidate.

Although this was a big disappointment Vleugels says he is very thankful “for the overwhelming mandate that the 41.079 voters have given to

me”. Despite of the fact that the Senate seemed to be not achievable it is clear that the reputation and relevance of C’Axent is growing steadily. This growth has as a result that 2 members of C’Axent have taken place in the Belgian Chamber after the recent elections.

There is still a lot of opposition to C’Axent, not only from other political parties or organisations, but also in the CD&V where for some people the C of Christian has no definition anymore.

It is not clear yet what Vleugels is going to do in his future. One thing is absolutely sure, he says: “I do not want to deny the voters”.

Vleugels asks for your support in prayer for the future, because: “Christian politics is needed very badly!”.

For more information about C’Axent, or if you would like to support C’Axent financially, please check their website: www.caxent.be.