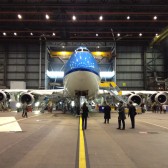 I am contacting you regarding the recently published EASA proposal for EU-wide rules to prevent air crew fatigue.

This piece of upcoming legislation is an important building block in Europe’s aviation safety architecture. I am therefore particularly keen to ensure that passenger safety is the primary goal and main driver of these new rules.

Hopefully the Commission proposal will deliver rules that adequately protect passenger safety. In several press releases I noticed however that some parts of the EASA opinion seem to be contrary to the recommendations EASA received from renowned scientific experts and contained in independent reports submitted to the Agency recently. This is the case e.g. for night flights, where EASA allows 11 hour (going up to 12:30 hours for flights starting in the late afternoon) whilst the scientific advice consistently recommends not to exceed 10 hrs at night.

I note as well that the Opinion will allow for very long duty days, where a pilot will be required to land airplane and passengers after a 22 hour duty day (standby + flight duty) and probably 23-24 hours awake. One does not need to be a scientist to understand that this is excessive and cannot be considered safe. In the USA, the regulator encountered the same question and concluded that an upper ‘cap’ of 16 hours should be put on any combination of such standby + flight duty. I find it difficult to understand why pilots and cabin crew should be considered more resistant to fatigue here in Europe than across the Atlantic.

I am also seriously concerned that EASA’s Opinion will do away with the very basic and important “non regression principle”. This principle is a fundamental pillar of the current EU flight time limitation rules. The principle does not oblige the Member States to adopt stricter rules but allows them to do so if they consider such stricter standards are necessary. However, EASA’s Opinion would force individual states to lower their standards to the EASA level. Such downward harmonization is in my view incompatible both with EASA’s role as a safety Agency and with the Commission’s obligation to guarantee Europe’s citizens highest safety standards. The future EASA rules can only constitute a minimum safety standard which Member States must be free to exceed with more protective ones if they wish so.

Let me conclude by saying that the EU’s futures air crew fatigue rules must be firmly rooted in scientific knowledge and evidences. This is both required by EU law and by the ICAO. Any rules that disregard this would come under intense scrutiny if ever an accident happened where crew fatigue is shown to having played a role. Also, as mentioned above, EASA’s rules should under no circumstances take away the Member States’ legitimate right to keep and introduce stricter safety standards should they deem this as necessary.

Keeping in mind that the Commission has the possibility to change EASA’s opinion, I trust you that you will give my thoughts serious consideration.