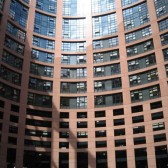 Seven score and 15 years ago in April General Beauregard bombarded Fort Sumter and forced Major Anderson to surrender. It was the very loud beginning of the Civil War. In that war an unprecedented number of Americans were killed and wounded, with nephews turning their bayonets against their uncles, and brothers aiming their muskets at each other.

It was not only a secession between the north and the south, or between the United and the Confederate States; it was a secession that cut straight through fellow Americans, friends and families.

The ghosts of the past have returned to America in recent years. The Civil War may not be geographical, nor is it a hot war, but is America facing a new Cold Civil War within its midst?

Growing anger against the federal government, the establishment, the banks, unemployment, globalisation and immigration have been tearing the country apart.

That hatred has manifested itself against both GOP and Democratic candidates, with both becoming arguably the most disliked candidates in US history. The balance was tipped towards Trump last Tuesday in what was probably as much a vote for him as a vote against Mrs Clinton and what she stood for.

The election may be over, but the consequences of this campaign are just coming to the surface. Families are deeply divided and old friendships have fallen apart. Against this backdrop, renewed calls for secession from the Union have begun to grow, such as the CalExit campaign in California.

These deep divisions have a global echo. Few mainstream politicians are comfortable with this result. The mood here in Brussels swings from denial to resignation. European leaders are fearful of the USA leaving its old place in the international order, as a partner of Europe, and the global hegemony.

In many ways, new and old, the ghost of secession is back in town.

Ironically, President-elect Trump has perhaps the greatest opportunity to slay these ghosts of any candidate in recent history. He has seen working class and previously disaffected people place an enormous amount of faith in him and he should use that now to unite the country and build bridges globally. He can become the USA’s Ghost Buster who eradicates the secessionist spectre.

Trump cannot unite with Colts or Gatlings, but with actions. He should show the ‘denialists’ that he respects Hillary Clinton by not locking her up, but bringing her on board and recognising the large electoral mandate she secured. He can show them too that America is a land of passion by allowing some refugees to seek shelter in the USA, and he could sit with Muslim leaders and work with them to battle against Islamist extremists.

He should help the dispossessed of globalisation by investing in infrastructure in Southern States and the rustbelt. He must use the Church and other religious communities to bring forward an agenda of cooperation and values as an answer to greed and selfishness.

He should build an economy that develops in a more sustainable way so that everyone can benefit from growth. This will slay the ghost of division that continues to hang over the USA, by creating a society in which everyone has a place and purpose, and where they are willing to serve. Trump can bring forward a new nation conceived in liberty, and dedicated to the proposition that all men are created equal.

President Trump holds the unique possibility to finally slay those ghosts of secessionism that have haunted the US for over 150 years.

Member of the European Parliament for the ChristianUnion